Posted on June 22, 2018 by grumpyscottishman

Dipping back into movies that I have always liked and have watched a lot over the years. Most of us will have seen a Rocky film at least once so here is my order of preference.

The first one I saw and while not the best acted or best dialogue it was a film I loved in the 80s. Clubber Lang was the baddie, Rocky had lost his confidence and his will to fight and ended up working with his rival to get back to the top. The action is brilliant although any boxer fighting like that would last about 2 seconds.

The first Rocky made for 1 million dollars and going on to make 225 million dollars. Written by Sylvester Stallone and allegedly based on the story of Chuck Webner, an unknown boxer who got a shot at Mohammed Ali in the early 70s. The film tells the story of loan shark enforcer Rocky Balboa who gets his shot at the Heavyweight title, a no hoper who loses on points having given the fight of his life after being ridiculed as a loser. A really good movie with probably the best acting and dialogue of the whole series.

Following the huge success of Rocky there was always going to be a sequel and it’s a good one at that. Apollo Creed, the Heavyweight Champ from Rocky, having received a lot of hate mail and accusations of carrying Rocky in the first fight sets out to shame Rocky into a rematch. Rocky has been told to stop fighting due to a bad eye from the damage in the first fight. At first Rocky refuses and his wife has complications from the birth of their first child but when she gives her blessing to fighting Rocky goes for it and the rest is history. Even I had a 12 year old tear in the eye when Rocky wins. 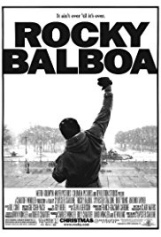 This film came 30 years after the first and finds an ageing Rocky doing talks about his career at his restaurant. His wife has passed and he is estranged from his son with only her brother Paulie for company. This film is about an unpopular Heavyweight Champion who is accused of only fighting bums, a tv company comparing past champions report that their simulation has Rocky winning. They agree to a charity match and the fight turns out to be a to and fro affair with the champ eventually winning but Rocky walking away with his head held high. This was a homage to all the previous movies and a really enjoyable film overall. 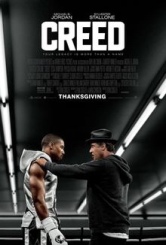 This film was a spin off from the Rocky series but most fans have just decided it’s a Rocky film. This film finds Apollo Creeds son looking for a trainer and he approaches an aged Rocky to take him on. Rocky is at first reluctant but eventually agrees but along the way has to fight his own battle with cancer that he wins. Once word gets out that this is Creeds son a fight with the British Heavyweight champ ensues and Creed does a good job although ultimately losing the fight. I feared the worst for this film but it’s well worth a watch and a good film overall.

This is a film of its time to be fair. Fantastic action sequences but shockingly bad dialogue throughout. The film centres around a Soviet Union Heavyweight boxer (Ivan Drago) who fights, and kills, Apollo Creed in an exhibition fight. Rocky decides to fight Ivan Drago in Russia. His wife doesn’t want him to fight, no one believes he can win but Rocky wants revenge even if it means he dies trying. Some excellent training routines and we learn that the Soviet gets his strength from steroids. Rocky ultimately wins in a very brutal fight and gives a Cold War speech at the end that has the Soviet Premier applauding, a stupid and not required speech that makes me cringe but a watchable film and enjoyable in parts. 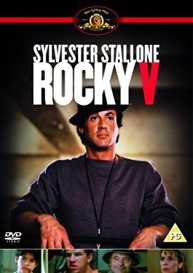 The worst of all the Rocky movies for me. This one picks up from the end of Rocky 4 and finds a victorious Rocky slumped in his changing room. Rocky returns home to find that all of his money has been stolen and that he has brain damage from his fight with Ivan Drago. All that he has left is the gym he inherited from Micky his original trainer and who had died in Rocky 3. Rocky starts to train an up and coming fighter Tommy Gunn while losing his relationship with his son. Tommy has his head turned by money following some success and leaves Rocky behind. He then tries to taunt Rocky into fighting him as the media won’t allow him to get out from under Rocky’s shadow. Rocky refuses but they eventually have a street fight that Rocky wins. This was supposed to be the end of the character and is by far the worst of the films. The fight scenes as always are very good but the film is pretty much awful overall and my least favourite.

Well there you have it, my opinion on the Rocky movies, again if you haven’t bothered to watch them they are worth a couple of sofa lazy days to watch.

4 Responses to Something Different: Rocky